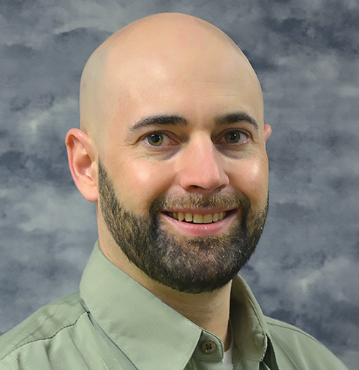 Andrew Martin, FNP-C, joined Siskiyou Community Health Center (SCHC) in March of 2018. Andrew has a passion for serving his community and is proud to do that here at SCHC. He began his medical career when he was only 16 years old, working as a Nurse Assistant. This is where he found his passion for helping others. Andrew went to Gonzaga University, where he received a Masters of Nursing degree.

Andrew is originally from California, and he moved to the Rogue Valley with his family in 1998. After living here for a little while, he served as a Navy Medic in the Marine Corps for five years before returning to the Rogue Valley. He then worked in the ER for ten years.

He is married with two dogs. He loves being outdoors and in nature, being on rivers, lakes, hiking, and snowboarding.